Sara Dereta – in her paper „Analysis of Contents of History Textbooks in Serbia“, she analyzed the content of history textbooks for elementary and high school students in Serbia assuming that the impartiality and veracity of history books represent cornerstone for the prevention of possible conflicts in the future.

Valentina Sekereš – in her paper “Sexual Violence – Neglected Crimes”, she analyzed the problem of sexual violence committed during the wars in 1990s on the territory of the former Yugoslavia.

Dejan Remetić in his paper “Political Economy of Denial”, he spoke about politicians’ strategy when it comes to the choice of the moment in time and the manner in which they apologize  for crimes committed on the territory of the former Yugoslavia for the purpose of making as little damage as possible to their political rating. 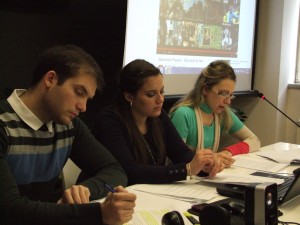 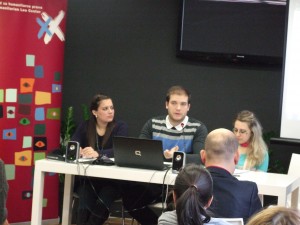 ‘Education for Reconciliation’ is a film produced by the Humanitarian Law Center (HLC) on the Regional School for Transitional Justice, organized in January 2013, for 25 participants from Bosnia and Herzegovina, Kosovo and Serbia by HLC, HLC Kosovo and Association Pravnik from B&H.